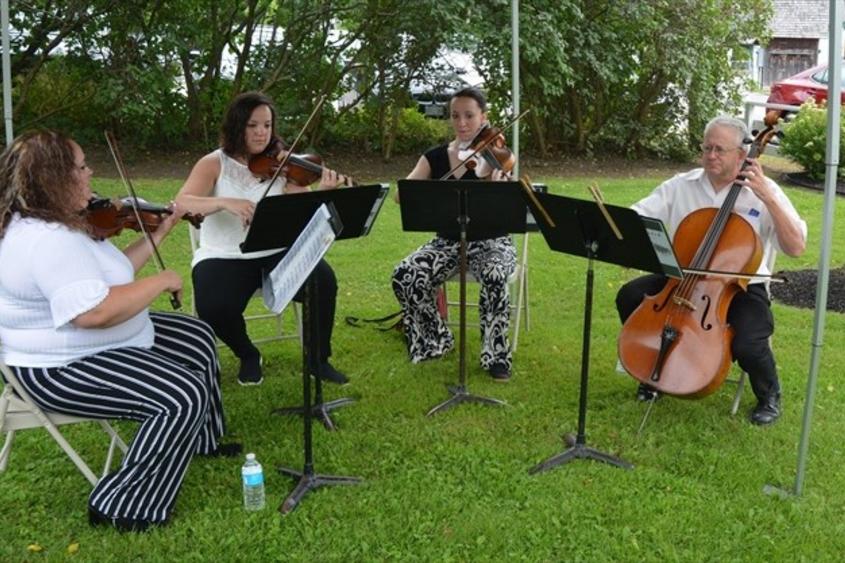 Derry and Valerie McCauley celebrated their 35th wedding anniversary at an event marking the 125th anniversary of the Holloway Memorial Chapel in Crystal Beach. The Orchard Park, N.Y., couple were married at the chapel on July 28, 1984. - Richard Hutton/Torstar

It was a trip back in time for Derry and Valerie McCauley.

The Orchard Park, N.Y., couple began their married life on July 28, 1985, inside the cosy confines of the Holloway Memorial Chapel near Crystal Beach. On Sunday they were marking their 34th wedding anniversary back at the small white church on Point Abino Road with more than 200 people to help celebrate the chapel’s 125th anniversary.

“We wanted a really small wedding,” Valerie said. “And we both loved the chapel.”

The chapel had always been a part of Valerie’s life. Her family owned a summer home in Point Abino and Sunday services were a part of the summer routine for her family.

The couple met in Buffalo while taking part in a recreational volleyball league. Derry, who wasn’t a member of a team, was roped in at the last minute.

“I was a substitute,” he said with a chuckle. “She’s the one who can play.”

The McCauleys are practicing Presbyterians at their home church, but when visiting Point Abino in the summer they appreciate the chapel’s non-denominational structure.

“It’s just sort of nice not to have to follow the same regimen every Sunday.”

Marsha Henderson, who has helped to plan the anniversary events, said the turnout doubled normal attendance for services at the chapel — about 100 people.

“It was a fitting tribute for the 125th anniversary,” she said.

As a part of the season-long celebration at the chapel, Sunday’s event was attended by 15 couples who, like the McCauleys, had chosen the chapel to tie the knot.

The chapel was established in 1894 — predating the point’s landmark lighthouse by 21 years — by Harriet Holloway Stafford and James B. Stafford in memory of Mrs. Stafford’s parents, Isaac and Mary Ann Holloway. The Holloway family and descendants have remained longtime residents of the area.

This season, five weddings will take place at the chapel.

The church continues to hold weekly services during the summer on Sundays at 10 a.m. The chapel is located at 1025 Point Abino Rd. S.

Richard Hutton is a Reporter-Photographer for Niagara this Week, covering everything from politics to community stories and everything in between in Niagara’s southern tier.

The Fever Pitch String Quartet provided background music during a reception to celebrate the 125th anniversary of the Holloway Memorial Chapel in Crystal Beach on Sunday. The celebration included an outdoor church service, cake and other refreshments. - Richard Hutton/Torstar. 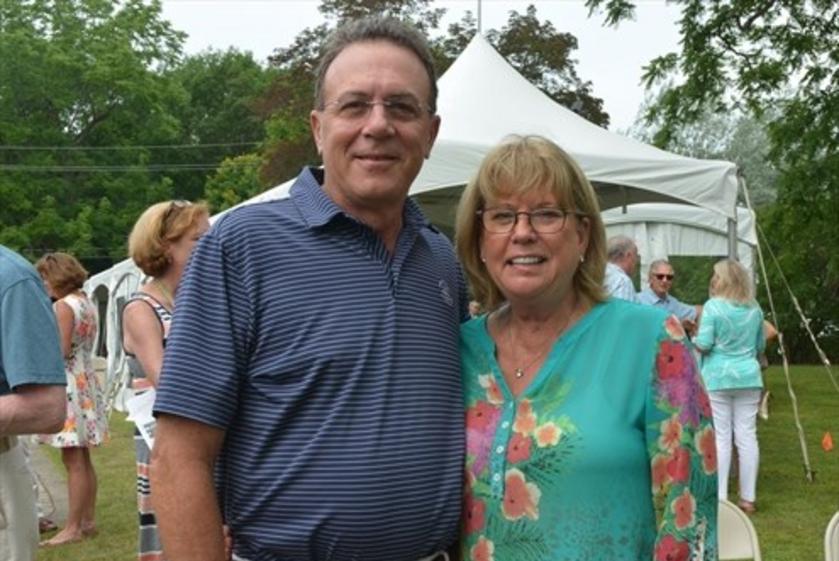